To learn more about our newest location at 800 Hertel Ave., click here.

For the most updated information about our hours of operation, services, procedures and Coronavirus, please visit our COVID-19 page. 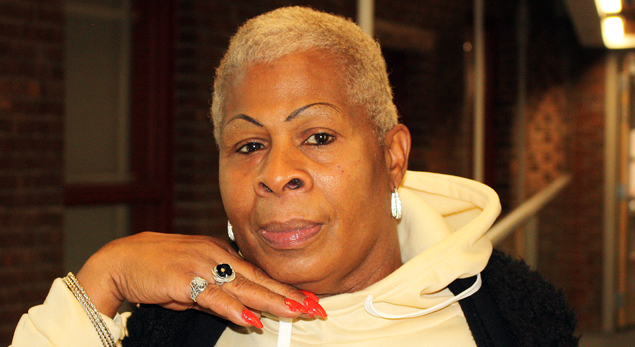 Walking down the street in the west side of Buffalo, you might not recognize 73-year-old Latasha. Pretty and soft spoken with cropped hair and a fresh manicure, she looks much younger than that. But the moment she steps in to Club Marcella, Buffalo’s infamous gay dance club and local drag venue—not during COVID times of course, she gets called to the stage, awarded with flowers, simply for being her.

Latasha is well known in the LGBTQ+ community. She’s a mother figure, cooking up meals for those who need it most and tending to her two cats and two dogs, rescued from a neighbor who could no longer care for them. She’s lived her whole life in Western New York and has suffered more setbacks than most people could handle. Curiously, she tells her story with no blame or cry for sympathy. She is unwaveringly resilient.

From age 8, Latasha remembers wanting to dress up and play with toys that girls liked. She didn’t have the language for it, but she knew she was transgender. Her aunt would yell at her mom that she should make Latasha act like a boy, but her mom always defended Latasha saying, “Let her be.”

A couple of years later, Latasha started noticing older transgender women. They were out at night, as it was illegal at the time to “cross-dress,” or wear clothing of the opposite gender, and these women were doing sex work. Latasha was curious about these women, the first transgender women she had met. For Latasha, prostitution was a learned behavior.

For much of the 1970’s, Latasha was an outdoor sex worker . It was sometimes dangerous. She recounts a story about getting in a man’s car in Rochester and when he found out she was transgender, he was disgusted and cursed her out, leaving her on the side of the road. She was lucky. That man was Arthur Shawcross, also known as the Genesee River Killer. He murdered over a dozen women, mostly sex workers, in the 1970s and 80s.

Eventually, one altercation where Latasha was attacked and badly wounded, forced to fight off her attacker led her to prison . Her arrest was on the same day that her mother, who had always been supportive of her, was murdered. Latasha went to Attica Correctional Facility. Not long after, a blood infusion led to Latasha and other inmates becoming HIV positive. This was before blood for infusions was tested for HIV. She learned of her diagnosis two years later. At first, Latasha felt very sick but true to herself, she bounced back.

In prison, Latasha found a community of transgender women. She started taking hormones for the first time and felt her body change. “I started losing hair on my body,” said Latasha, “and I thought, it was working wonders!” Her breasts came in and she began to feel more like herself, though full of emotions.

When Latasha was released from prison in the late 1980’s, she had a hard time getting hormones. Her name, gender marker and presentation did not align and pharmacies were reluctant to fill her prescriptions. “It was easier getting my hormones when I was in jail,” said Latasha.

Latasha began seeing Dr. Shon. She loves coming to Evergreen because it gives her the opportunity to access more than just medical care. She receives hormone and HIV treatment from Dr. Shon, but also has developed a connection with her case manager, Aanya Wood . Her teeth are sparkling and white thanks to the dentistry program and she has even benefitted from the housing program and patient enrichment fund, where she was eligible for a new bed and stove.

“Latasha is one of the most headstrong and resilient women I’ve ever had the pleasure of meeting,” said linkage specialist for the transgender health care services program at Evergreen, Aanya Wood. “In the face of all the violence and discrimination she and so many in our community experience, she offers such an inspiration to us younger girls. Although we have a long way to go, we truly have people like Latasha to thank for all the advances our community has made. Because of people like her, we have more legal, medical and social autonomy and I personally feel a little safer in world knowing that people like Latasha exist.”

For the past 15 years, Latasha has been undetectable and aside from her arthritis, she feels fantastic. She also has a community here in Buffalo and at Evergreen. Most years during Transgender Day of Remembrance and Resilience, she can be found at a MOCHA event, looking over the new generation of transgender youth, but this year with Coronavirus, she is planning on taking part in the virtual offerings set up by the Pride Center. To all of us at Evergreen, Latasha’s resilience is an inspiration.